The Voices in My Head

Let’s Talk About You

Tell what you can do for your visitor and how your service can help.

4 Questions with Cassy Berthiaume, Founder of The Zen Singing

I had been renting space in my head to some not-so-nice women for what seemed like most my life.

They were judgmental, often critical, and always there whenever I began thinking about my dreams.  It wasn’t until I saw each of them distinctly for who they were, that I was able to evict them and send them on their way.

Maybe you’ll recognize one or two (or all?) of them.

The Naysayer.  But oddly enough, she never actually told me that I couldn’t do something.  She would just plant a small seed of doubt, “Well, how are you going to do THAT?”  Which was enough to send me chasing me tail, trying to figure out the HOW of whatever it was that I dreamt of doing.

The Naysayer was quickly joined by the Fear Monger.  Preying on my general anxiety disorder, the Fear Monger would expand on my fear of not knowing how I was going to accomplish something by throwing at me all kinds of what if’s? What if you fail? (That was her favorite) What if what you are going to do causes someone else some harm?  Knowing my anxious mind, it wasn’t hard to send me in another tail spin of all the horrible outcomes that could happen if I followed my dreams.

As if these two weren’t enough, two more would also appear on the scene: the Should Shame-r and her identical twin, the Guilt Tripper.  The Should Shame-r would sigh heavily, point out what it was that I SHOULD be doing, and then add a nice little tsk, tsk, tsk to drive the point home.  And of course the Guilt Tripper would let me know how sad my family would be if they had to do all those things that I *SHOULD* be doing (cleaning, cooking, laundry, driving kids to activities).

Getting rid of these ladies was simple but not easy.  First I had to be aware of them, to distinguish them from myself.  Then, each time one of them spoke up I simply told them that I thanked them for their opinion but that I was taking it from there.  Now they no longer rent space in my head anymore.

I recently read of  this visual activity to do if they show up – to picture them, the Naysayer, Fear Monger, Should Shame-r and Guilt Tripper, being arrested for their crimes of negativity and dream destruction. 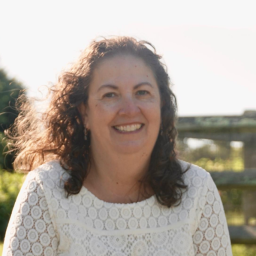